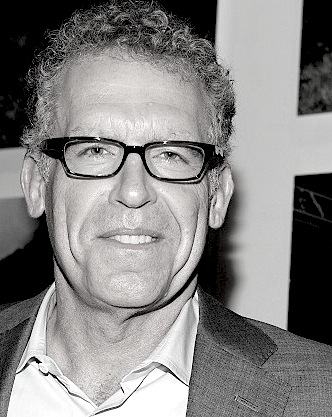 carlton cuse’s mom wanted him to be a doctor. and he could have been, but for a small technicality. blood made him faint.

it’s not like he didn’t have the goods. carlton cuse was a smart kid. boarding school in new england. studied at harvard. he was smart and offbeat and highly motivated. he could have been anything he wanted.

and what he wanted was to became a writer. he worked his way up the ranks in hollywood, as an assistant, a gofer, a script reader, and more. he hustled. he wrote. he paid his dues in metaphorical sweat. and when opportunities presented themselves, he didn’t consider whether he was ready or not. he threw himself into his work with a fervor. with the mental intensity of an ivy league rower with absolutely nothing to lose.

his path led him through several television series and eventually to lost, a show with an escher-like premise and a delicate, dali-like grip on reality. the show was a huge risk, incomprehensible to most who read it and creative kryptonite at the network that had green lit the pilot. but carlton, along with his partner, damon lindelof, knew that if they stuck to their creative guns, the project had the potential to be truly groundbreaking.

there was no room for compromise. even if it was only for a few episodes, or for a season, they were going to swing for the fences. and swing they did. like madmen.

the result was utterly confounding, undeniably delightful, and  relentlessly labyrinthine. it was also a huge hit, and one of the most creatively influential television series in modern history.

carlton cuse could have been anything he wanted. instead, he chose to be everything he wanted — a doctor, a lawyer, a business man, a cop, a con man, an outlaw, a cult leader, a rock star, a supernatural being — and so much more.

join lost and bates motel executive producer carlton cuse as they piece through the oppressive press of fandom, new england hippies, complexity in filmmaking, the insanity of rowers, cauterizing wounds, what makes a script good, being a creative decathlete, existential mysteries, and cannibalizing your life for tv. plus carlton takes a leap — literally, then creatively. both hurt at first, but turn out spectacularly in the end.

girl on guy really needs you to push the button.