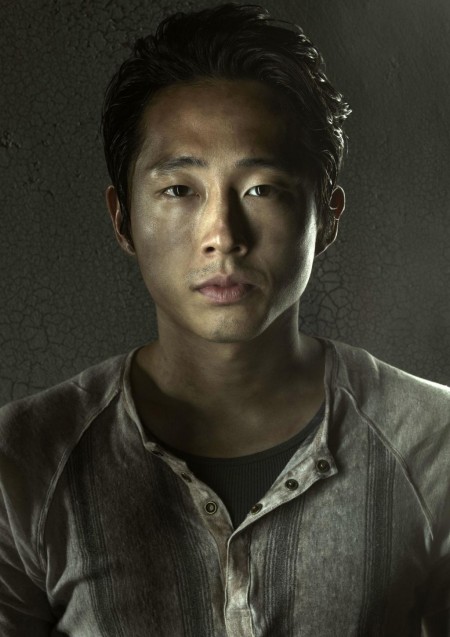 steven yeun’s life has been a series of happy accidents. lucky breaks. twists of fate. each moment, seemingly discrete and unconnected, leading somehow to an unexpected opportunity, an extraordinary experience.

not that he hasn’t worked extremely hard. trained. performed. honed his craft. put in his dues, and had his fair share of disappointments. but somehow, just after defeat would come a triumph. sometimes small, sometimes monumental, always leading inexorably forward. and after a particularly disappointing professional setback — losing out on a network pilot that he thought he had wrapped up — he was completely free and available to audition for a weird little cable drama. one that had taken years to get made. one no one thought would work.

a little cable drama about zombies.

years later, that little drama — the walking dead — is the biggest show on television. and looking back, it seems to steven that every moment, every experience, disappointing or triumphant, led him to that one.

you might call it all luck. steven would call it providence. and he isn’t letting one single moment of it pass him by.

join the walking dead’s steven yeun and aisha as they shamble through korean jet packs, cruising high school, lukewarm parental praise, audition nightmares, dirty wells, puppetry of the penis, and the changing (and changing again) of the walking dead guard. plus steven sets his sofa on fire, and then commits cold-blooded insecticide.