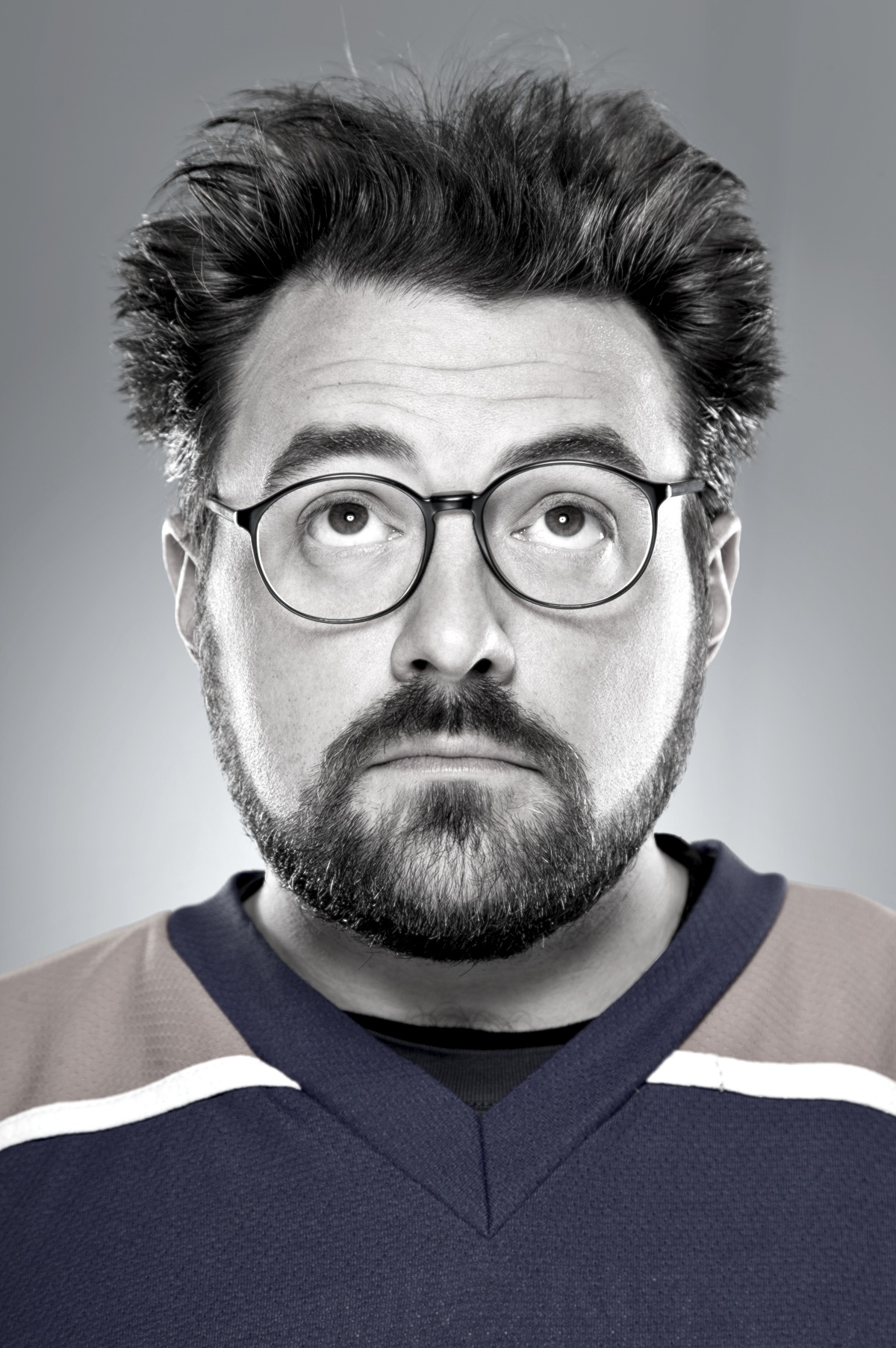 girl on guy 84: kevin smith
supreme commander of the smodstar

kevin smith has done a lot of stuff. a lot.

directed ten films. produced nine others. built a media empire singlehandedly out of drive, enthusiasm and sheer ballsy will. kevin is prolific, he is driven, he is unstoppable.

except that kevin is stopping. directing films, at least. that’s what he says. he claims he’s lost the passion for filmmaking that for two decades drove him to make iconoclastic, deeply personal, occasionally shocking and decidedly uncommercial films. and though people struggle, even refuse to accept it, he seems resolute in his decision to never make another movie again.

but lest people think he is retiring or licking his wounds, kevin is hard at work making a shitload of other stuff. television shows, comics, books, live tours — and so many podcasts that his fledgling podcast network smodco has turned into a swirling hive of conversational activity. kevin may be quitting, but he is definitely not quitting.

on the contrary, this fast-talking, unrelenting, bus-traveling contrarian is just. getting. started.

girl on guy made this guerrilla-style.