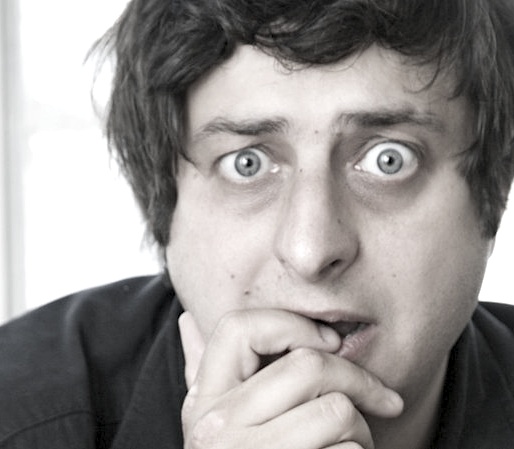 his scientist parents fled government oppression and censorship in pre-glasnost russia. they eventually settled in massachusetts, where a young eugene was not only strange because he was a weird kid into science and language and difficult prose, but because, as his classmates would often point out (while literally pointing at him), he was a dirty, filthy communist. this was reagan-era america, where the accusation of being a commie wasn’t the punchline to a hipster joke or a murmured aside from karl rove at a dinner party, but a scathing indictment of one’s world view, or at least a convenient tool of social ostracism.

eugene was a weird kid and he was reminded of it every day.

undaunted, and with steely eastern european determination, eugene turned that weirdness into an asset, becoming a comedian and opening for alt bands like the shins and modest mouse, creating his own unique brand of humor, and launching an eponymous comedy festival that is at once shockingly ambitious and delightfully successful. eugene’s weirdness matured into funny, and that funny matured into a unique and diverse career for which eugene has never once had to pretend to be normal. ain’t democracy grand?

girl on guy needs to change its shirt.