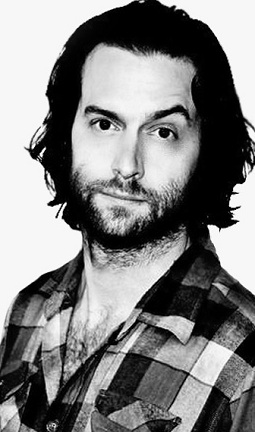 despite all his efforts to the contrary, chris d’elia was destined to be an arty fuck.

from the time he was little, he thought of every moment, every room or situation, as an opportunity for comedy. as a toddler he idolized jerry lewis and thought of every bedtime as a shot to crack up his parents. his father is a television producer, his brother a filmmaker. there was no way chris couldn’t end up an entertainer.

yet somehow it took chris a while to find his calling. standup was daunting, so he attended theater school for a bit, eventually dropping out. but when he finally tried his hand at comedy, everything changed. chris went on stage that first night, and then another, and another. and he kept going up. it became a habit, then an all-consuming passion. chris had fallen into his cut.

he has never looked back since.

join standup comic and “whitney” leading man chris d’elia and aisha as they discuss life as a bear, living with no regrets, fearing batman, falling in love with standup, meeting bill shatner, fighting the audience, and cursing into your mom’s face. plus, chris has a literal self-inflicted wound, and aisha struggles with chris’ sobriety.