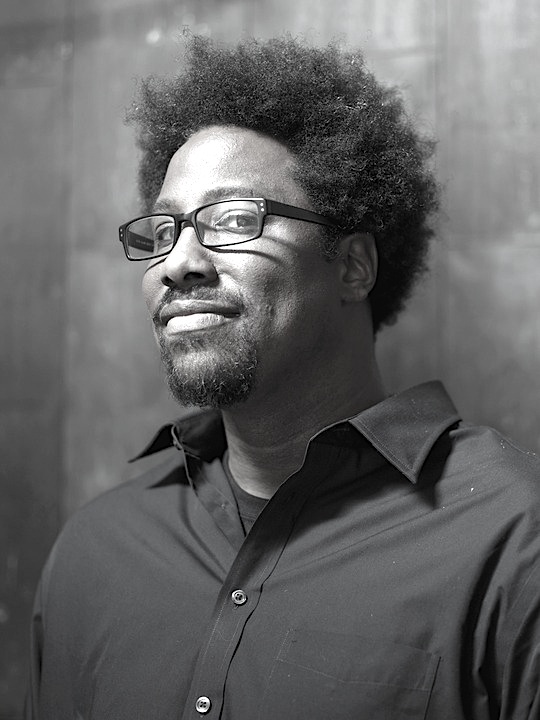 w kamau bell came to comedy the long way around.

he stated comedy late. developed his craft slowly. stumbled upon his comedic voice almost by accident. and after years of doing standup that by his own account was just okay, kamau finally developed a one-man show where he could talk about what he really wanted to talk about — race — in uncompromising terms, without hedges or apology. and where club crowds had squirmed uncomfortably, theater crowds embraced him warmly. he had finally found his cut, and it involved making people delight in their own discomfort.

eventually kamau’s show caught the eye of comedy jedi chris rock, and the rest was history. only that history was pockmarked by excruciating delays and punishing self doubt. the eventual result is fx’s totally biased with w kamau bell, an uncompromising, unflinching, undeniably hilarious look at our culture through the eyes of a guy whose belief in bravery is finally being rewarded.

through it all, kamau has known that every step has been a gift, and if it all goes away tomorrow, he will have left it all up there in the powerpoint presentation.

girl on guy wonders if this is racist.