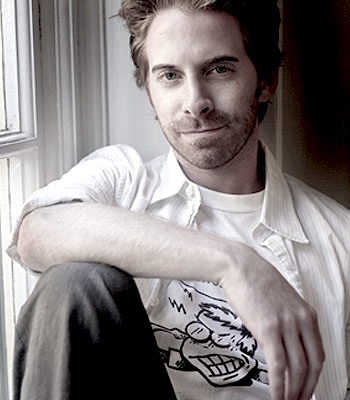 from the time seth was little, he wanted to be a superhero — to comprehend science, slice through time and space, beat back the cloak of evil, master the complexities of human interaction. since this was not possible with the technology available to him at the time, seth did the next best thing.

he became an actor.

since then seth has done almost everything. worked with practically everyone. not content to make others’ dreams come true, he started making his own projects, producing his own masterpieces, forging his own heroic destiny. his most successful effort, adult swim’s hilarious robot chicken, created along with partner matthew senreich, is a wildly ambitious and wide-ranging synthesis of all the things seth loves best: cartoons, superheroes, robots, video games, chicken, action figures, pop culture, clay, nerd lore, tongue depressors, sketch comedy, television, anime, cyborgs, stop motion, voice acting, and chicken. originally created as a fun side project, the series is about to start its sixth season, and while it is still fun, the success of the show, and its creators, is deadly serious.

seth is making shit. seth is hustling. seth is chasing the future like a champ. seth is too busy killing it to wait for the rest of us to catch up. seth green loves the future. good thing we’re living in it right now.

join futuristic hustler seth green and aisha as they dissect american exceptionalism, racist cake, owning your goals, revenge of the nerds, defending the zone, superhero tragedies, hustlers and customers, and beating the rope. plus, seth and aisha freak out about the future, and aisha wants to hold seth’s gun.

girl on guy is encased in carbonite.