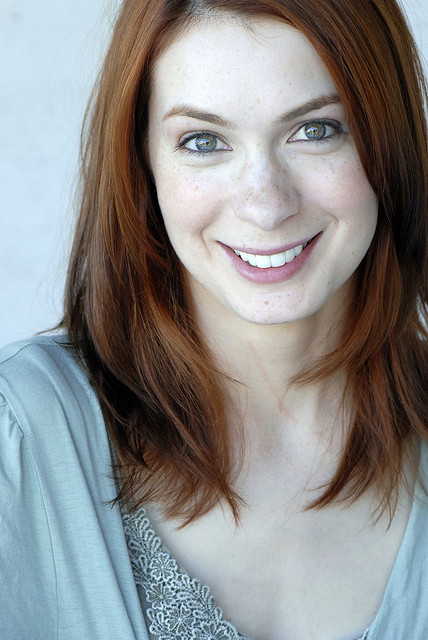 felicia day is undisputedly the reigning nerd empress of our time. and she had the punishing childhood to prove it.

homeschooled by a counterculture mother who believed public schools couldn’t hack it, felicia grew up precocious, accelerated, self-starting and socially isolated. she loved computers, was an early adopter — logging on to billboards in between long violin practice sessions to chat with strangers back when “the internet wasn’t creepy.” technology was a wonderland, free and new, full of friendly compatriots who shared your interests and were up for meeting at a local arcade after a spirited conversation in cyberspace. felicia loved technology and everything it represented to a young, prodigious shut-in — freedom, friendship, entertainment, strength, unlimited mage powers.

it still means all those things to an adult felicia, who took her love of technology and the internet and created something that could only live in the place of its birthing — the guild, a web series about a group of world of warcraft enthusiasts that is one of the most successful original series on the web. created, written, produced, directed and edited by felicia, the guild has won multiple awards and propelled her into the rarified firmament of internet stars who have created something impactful and wide-reaching on their own, without studio, network, nudity or adorable kittehs. in the process felicia has become both revered flag bearer and reviled target for geeks, gamers and outsiders everywhere.

join nerd empress felicia day and aisha as they talk vintage internet, pixellated boobs, being a wunderkind, buried acting rage, extreme panic attacks, being the best at doing nothing, filling up your bunny, avoiding youtube comments and becoming a cartoon version of yourself. plus they pick apart the girl gamer controversy, and aisha gets felicia to curse. girl on guy wants to date your avatar.