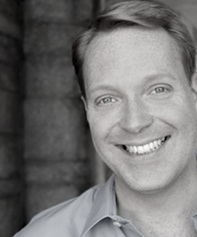 kevin allison didn’t come out until he was an adult.

he knew he was gay from the time he was three years old. but kevin came from a midwestern, deeply catholic family, and while he knew who he was on the inside, it felt dangerous to express it on the outside.

coming out was a risk.

so kevin expressed himself in other ways, eventually moving to new york and joining the comedy aggression scrum the state, where he could express every weird, odd, outlying idea he had, loudly and in the boldest of strokes. in comedy kevin found his home, and it was comedy that eventually gave him the bravery to come out and fully be himself.

that bravery led again, after many twists and turns, to risk!, kevin’s popular podcast about the act of risk-taking in its most radical and personal forms. there, again, kevin found a creative home. he blossomed, then exploded, and the result has been extraordinary.

it took kevin a good part of his life to be able to tell other people who he really was. but when he finally did come out, it was with a vengeance.

girl on guy is looking for a safety word.