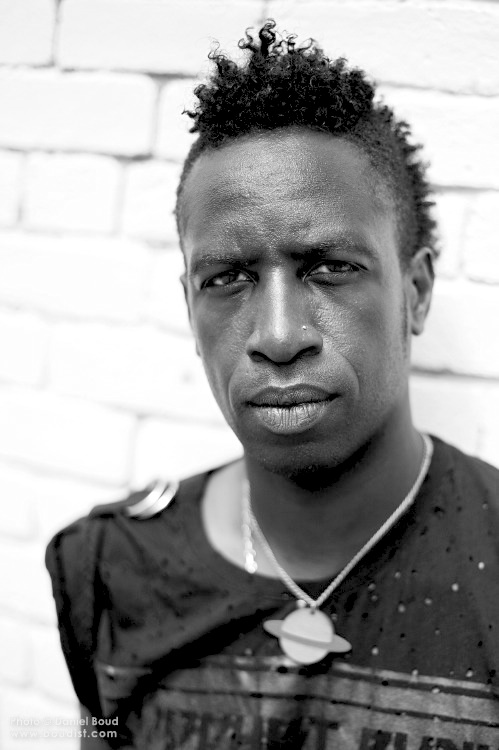 saul williams has always stood out.

but what everyone else saw as weaknesses were saul’s greatest strengths. being an outlier gave him vision. perspective. fortitude. fearlessness.

that fearless vision drove him, pushed him, freed him to look at the world from the outside in — to comment, reflect, and transform his ideas into eviscerating lyrics, made him a pointed poet and devastating emcee.

saul wrote, and he performed, and he pushed, never resting. the result has been a career full of extraordinary and transformational art. films. books. albums. live performances. poetry grand slam championships. work with rick rubin. trent reznor. grand jury prizes at sundance and cannes. a staggering body of work that continues to grow. saul’s work is complex, jagged, expansive and unapologetic. he is relentless and unflinching. he constantly challenges his audience. he constantly challenges himself.

and he took what some called a handicap and turned it into a shield.  then armor. then a banner.

join volcanic poet and emcee saul williams and aisha as they blast through life as an expatriate, saying yes to everything, whether cello is hip hop, niggas in paris, escaping arrogance, embracing happiness, not fearing ideas, ambition versus surrender, and creating without compromise.

plus saul parties like a rock star, and aisha goes gorillas.