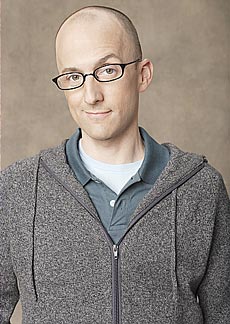 more about jimjim on twitterget the descendants 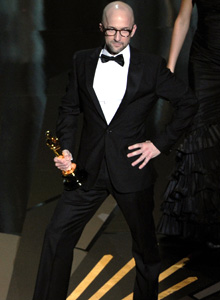 that’s not to say he’s funny looking, or unattractive, or has an oddly shaped head — he is a lean and rakish southern gentleman. jim is a guy that, when you look at him, you think, “man. i bet that dude is hilarious.”

and he is. a veteran of the groundlings and multiple network comedies, you recognize his face, because the guy works. and unless you’ve lived under a rock for the past few years, you know him now as dean craig pelton, the ambiguously gay dean of greendale community college, a cross dresser with an affinity for men in dalmatian suits and a very special man crush on joel mchale’s disgraced attorney. like a strike force ninja, jim steals into his scenes with surgical precision, wielding his body like a billy club of hilarity, facial expressions like comedy katanas.

the dude is just fucking funny.

but what you may not know is that he’s also an oscar winner, for the screen adaptation of the descendants, an independent film starring a little-known actor by the name of george clooney that did quite a bit of damage at the 2012 academy awards. the entire thing was a bit of a surprise, and for a guy who is always thinking of a good punchline, it was quite possibly the only time he would ever be up on that stage. jim knew exactly what to do with his 70 seconds of stage time. he struck a pose.

the aftermath was mayhem.

join oscar winner jim rash of community and aisha as they race through the madness of television pilots, crazies with microphones, the evil of southern politeness, packing up your macintosh plus, lying about special skills, fleeing crazy agents, and furtive sex with mannequins.

plus the internet is furious with jim rash, and aisha has a sexual fantasy about an oscar. girl on guy is going after its pledge brother.