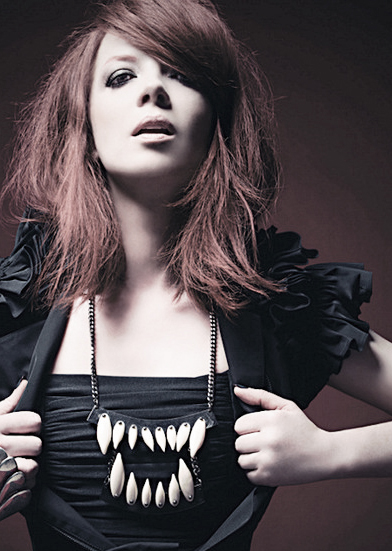 about garbagegarbage on twitterthe official website"not your kind of people"

shirley manson doesn’t have time for bullshit. she is busy making art.

the brilliant and striking garbage frontwoman is done with pleasantries. after a seven year break, one of the biggest rock bands in modern history is back with a new album and a new tour, and they are everything you remember about the band and more — smarter, cooler and better than ever — pushing all the buttons they touched in their early days, with both fists and all the confidence that comes from living through the sturm and tumult of twenty years in rock and roll.

that time in the rock business has not made shirley jaded. instead it’s turned a wild-eyed, defiantly jagged artist into a cool-headed, supremely confident firebrand who embraces self-direction, exudes creativity and refuses to be silenced.

and although shirley is a bona fide rock star, she engages in none of the crap that comes along with it. she shows up early, rolls solo, speaks frankly, and isn’t afraid to own it when she’s wrong. she is reflective, outspoken, passionate, sarcastic, forthcoming, and unrelentingly hilarious.

everything you want your rock star to be.

join garbage frontwoman shirley manson and aisha as they slice through the evil of precociousness, the inevitability of rebellion, being ahead of your time, stupidity vs. innocence, embracing the darkness, rejecting the machine, and breaking all of your shit.

plus we bandy big words about with wild abandon, and aisha teases things out of shirley that shirley does not want teased out.

girl on guy is not fucking about.