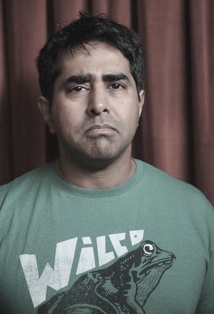 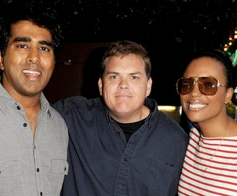 broken lizard’s comedy is of such jagged intensity, such wild-eyed abaondon and balls-driven ferocity without regard for rule or consequence, that one can’t help but think it was formed over some kind of boozy weekend blitzkrieg that ended with everyone parting in silent shame, stumbling into the dawn light without eye contact.

and that’s not far from the truth. broken lizard, née charred goosebeak (only slightly less difficult of a name) was birthed from the beer-soaked loins of beta theta pi at colgate university, and is everything you would imagine a sketch group with that pedigree would be: booze-fueled, pot-tinged, driven by hubris and passion and pure what-the-fuck.

that hubris brought the group to start writing and making their own films, and founding member jay chandrasekhar to direct one broken lizard feature, and then another, finally creating a body of work revered by many and reviled by a cheerless few. his latest, the babymakers, isn’t an official broken lizard film, but it shares much of the dna of earlier films, a few of the cast members, and all of the unadulterated raunch. it’s a film about having kids that is decidedly not kid-friendly.

judge all you want. jay and broken lizard don’t make comedy to please anyone but themselves. they are on a breathless comedy streak that started almost unexpectedly when they were kids and has blossomed into a career-long party. luckily, they’re kind enough to let the rest of us in on the rager.

join broken lizard’s reluctant overlord jay chandrasekhar and aisha as they ram through arranged marriages, being an inside outsider, unfortunate stage names, faking it till you make it, sizing up your opponent, impersonating a doctor, the origin of ‘meow,’ writing for white people, and trying to avoid being called a dick.

plus jay recycles his dirty needles, and aisha spins some mildly racist tracks.

girl on guy ate just eight gyros at four in the morning.