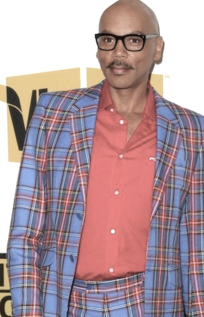 in the world of drag, there is one queen who rises above all others. one who leads, defines and transcends the genre of cross dressing, leaving all them other sad bitches floundering in his glitter-strewn wake. he defines glamour. embodies fabulosity. he is the tip and the peak and the sharp end of the spear of the wildly complex, fiercely dramatic and utterly fascinating world that is drag.

he is so supremely fabulous that, like just a handful of other creative superstars, he requires only one name. no matter who you are, or how familiar you are with gay or drag culture, he has crept into your field of vision.

but everybody may not know how he came to be. the man who redefined glamour and fierce femininity strutted his jimmy choos down a long, challenging road to get where he is today: world-renowned, universally admired, a television star, musical artist, beacon for a culture, a fierce role model for those who still have relatively few idols, a firebrand and icon even to those outside the culture. rupaul had a vision for himself, and once he embraced what he believed he could become, he got to work. rupaul came from very little, but in the soaring spirit of drag culture, he took a sow’s ear and made that shit into an entire silk ensemble.

dude doesn’t just occasionally look like a lady. dude puts all them other bitches to shame.

join drag superstar rupaul and aisha as they strut through loathing school, traffic rage, being pushed out of the closet, running away from home, running towards yourself, accepting your nature, saying yes to everything, the revenge of the rejected, and embracing self-destruction.