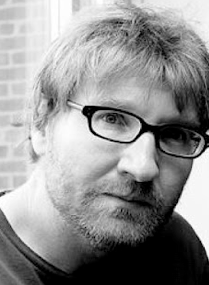 chuck klosterman is a curious guy.

maybe it was a childhood of physical isolation on a rural farm outside a satellite of a satellite of fargo, north dakota. maybe it was an adolescence of cultural isolation, fixated so rigorously on heavy metal that he hid his first REM album in a sock drawer to keep it from sullying his otherwise untainted collection. maybe it was an early career as an arts critic for newspapers first in fargo, and then in akron, two places where the scope of arts beat was decidedly less than sweeping.

that curiosity led chuck to a voracious consumption of all things music, sports, culture… well, of all things.

chuck klosterman knows more about rock music than you. he knows more about sports than you, he knows more about 1980s pop television than you. and, somehow, he knows how to tie all these things together, along with a passing comprehension of midwestern hunting laws and a passion for dinosaurs, into writing both cohesive and compelling. it is some kind of a magic trick. it is literary alchemy. it is dazzling, confounding, confusing, and wonderful.

this ability has led him to the bestselling authorship of seven books: fargo rock city; sex, drugs and cocoa puffs; killing yourself to live; chuck klosterman IV; downtown owl; eating the dinosaur; and the visible man. it has brought him to write for magazines like spin, rolling stone, the believer, the washington post, GQ, esquire and more. it has brought him, most lately, to a post as the new york times’ ethicist, where he brings his uniquely nuanced perspective on moral ambiguity to bear on uniquely western problems with his trademark directness and blunt self-possession.

curiosity may have killed the cat. in chuck’s case, it made him a literary superstar.

join rockstar author and music critic chuck klosterman and aisha live from st. george spirits as they muddle through midwestern isolation, the intimidation of panhandlers, the fear of introspection, the musicality of wasp, the horrors of self-reading, the problem of justin bieber, why haircuts are important, and how to pronounce sigur ros. plus, chuck hates, then loves the smiths, and aisha fears the beard.