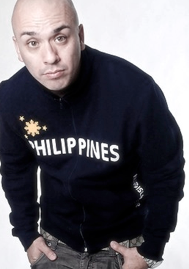 jo on twitterofficial websiteget "don't make him angry"get "lights out"

not the kind of trouble you have sleeping. jo doesn’t toss and turn or need a drink of water. he doesn’t need an extra blanket. he doesn’t have to pee.

jo suffocates, slowly, on his own flesh, one breath at a time, all night long. jo chokes to death on absolutely nothing the minute he closes his eyes at night. jo has a nuclear case of sleep apnea. jo struggles not to die in his sleep.

a warm glass of milk ain’t gonna do shit.

fighting a slow death from apnea made jo a fighter. or maybe he was already one to begin with. a turbulent childhood, fear, violence, and domestic upheaval didn’t stop him from pursuing his dream of becoming a comedian. he fought, and struggled, and hustled his way on to shows like comic view and the tonight show, a regular spot on chelsea lately, then sold-out tours around the world.

and regardless of where that fight may have came from, it hasn’t faded with success. jo still hustles. only now he’s able to travel a bit more comfortably. play theaters instead of tiny clubs. and every night he puts on a mask that literally blows life back into his lungs one breath at a time.

jo may not have to fight anymore to take a breath, but the fighter’s hustle in him will never die.

join peripatetic comic jo koy and aisha as they discuss evil children, filipino street cred, how the hell he got that name, wearing your auntie’s underwear, falling in love with standup, the comedy of honesty, losing your family, and finding it again. plus jo does a face plant into a rock as a kid, and aisha tries to recreate it as an adult. it ends badly for everyone.

girl on guy is about to tell the truth. this might hurt a bit.