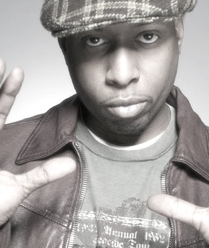 when rap luminaries want to pay respect to the most influential lyricists of our time, like as not, they name-drop talib kweli.

after underground success with mood and reflection eternal, kweli exploded onto the scene as one-half of the seminal collaboration black star. and while that one-off effort with mos def produced just a single album (all that was ever intended) fans swear black star has been around for years and produced multiple records, so impactful was that album’s creative effect.

seated at the high table of conscious hip-hop alongside artists like the roots, common, lupe fiasco and tyler the creator, talib presides over an art form that he sees as ever-changing, holding a vision of a creative tent big enough to accommodate minaj and grae, nelly and yelawolf, l’il wayne and oddfuture in one massive, banging, aggressive fuckin’ hip-hop scrum.

talib kweli is the han solo of hip-hop. the tony stark of rap. yoda with a notebook and a mic. and after ten albums, two music labels, and countless mixtapes and collaborations, he is just getting warmed up.

plus kanye shuts down the mall, and black star is the cher of hip-hop.