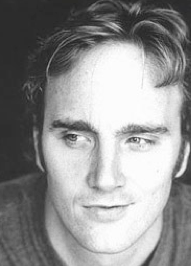 girl on guy 44: jay mohr
mohr stories, a crapload of movies and tv

jay mohr is the kind of guy who can’t turn it off.

his mind, and his mouth, go a mile a minute. always thinking, always joking, always pitching, jay’s performances are an assault, alternately wildly presentational, savagely personal and devastatingly, piercingly filthy. when comedians are in the room jay kills the audience and the back of the room alike. he is a machine gun, both precise and scattershot, throwing out a litany of razor-sharp shots in quick succession. jay mohr does not stop.

jay mohr is a runaway train.

that intensity has led to reams of success. crushing standup performances. indelible film roles. multiple television series. but it also spun jay out of control, into vivid, paralyzing panic attacks, and manic runs of comedic delirium. for years, jay was hilarious, relentless, brilliant, frenzied and haunted. his intensity took him to creative peaks, and into the depths of blinding addiction.

now, sober and a family man, jay is no less intense. but the gatling gun has become a sniper rifle, and the guy who used to crush everything in his path like a steamroller now takes his time, clear-eyed, to smell the roses.

jay still crushes. he is no less funny. no less intense. but he is decidedly less likely to tase you in the lobby of a comedy club. twice. approach with confidence.

girl on guy. enter the manticore.