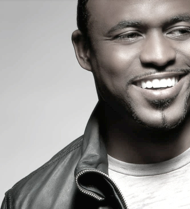 girl on guy 45: wayne brady
whose line is it anyway, the wayne brady show, how I met your mother, let’s make a deal

wayne brady works harder than you.

he makes it look easy; being able to effortlessly move from sketch comedy to music, dancing, acting, improvising entire songs in minutes, performing on broadway, touring nationally, and hosting one of the most well-known game shows on television. the dude’s got an arsenal, and in his hands it seems effortless.

but make no mistake. wayne is always working. the dude grinds.

not that he hasn’t had moments of weakness. he’s only human. but wayne gets up earlier, works harder, and does more in a day than most of us do in a month. he’s won emmys. been nominated for grammys. performed on broadway.

regardless of what pushes him, one singular fact remains. the man is driven. and after meteoric stints on whose line is it anyway, the drew carey show, the wayne brady show, how i met your mother, on broadway in chicago, in his own show in vegas, and now at the helm of the revamped, reinvigorated, reborn let’s make a deal, wayne brady refuses to take a breath. his relentlessness is borne of a work ethic that has driven him since childhood. he shows up early. stays late. works hard. does not suffer fools gladly.

and, if someone makes the mistake of screwing the pooch, yes. wayne brady just might have to choke a bitch.

girl on guy is making it up as we go along.