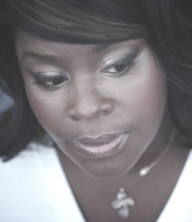 standup comedian retta (née marietta sirleaf) defies stereotype. an unapologetic science nerd who once held physics parties, in high school retta joined the cheerleading squad, excelled in math, and still found time to befriend both the jocks and the burnouts.

in college she killed at pre-med, organized campus symposia, drank with the basketball team, and concealed her intellectualism at the kfc. after graduation she experimented in peptide chemistry, listened to hip-hop in the lab, and secretly pursued a life in comedy. she is funny, well-adjusted, well-liked, well-read. she has absolutely no business being a standup comedian.

a touring comedian with with her own comedy central special and a regular role on parks and recreation, retta continues to defy expectations. no wilting lily or treacled patsy, retta takes all your stereotypes, balls them up, throws them on the bar, and sets them on fire.

retta is unfettered, unvarnished, unabashed and definitely uncensored. which is just how girl on guy likes it.

join comedian retta of parks and recreation and aisha as they break down losing your mind, living beyond your means, blanking on stage, the ball gauntlet, fighting the food court, peptide chemistry, and dancing around a different kind of hood.

plus retta rages against the smoothie machine, then doesn’t start, but definitely ends, a girlfight.

girl on guy’s about to throw them bones.