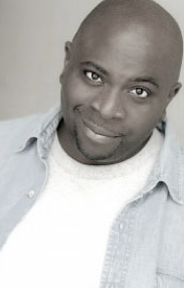 there are few comedic actors out there more consistently funny than gary anthony williams. period.

a guy who can claim he grew up a “poor black child” without any trace of irony, gary started out as a theater and sketch actor after throwing away his childhood dream of becoming a trucker, just to spite others. his finely tuned sketch characters, bullet-train wit and bottomless self-deprecation soon pulled him from the small pond of atlanta to los angeles, where he soon began working incessantly. so incessantly in fact, that even if you cannot recall gary by name, you have seen him in something. and probably a whole mess of somethings.

from malcolm in the middle to mad tv to boston legal to reno 911 to undercover brother to the boondocks to harold and kumar to co-creating the biggest comedy short film festival in america, gary works. and keeps working. constantly. and the reason why is that the dude is insanely f*cking talented, and insanely f*cking funny. gary is a longhorn comedy bull with an empty stomach and a grad-school vocabulary, and the world is his china shop. we can try to keep up, but in the end, it’s best just to get the hell out of the way.

girl on guy was born a poor black child.