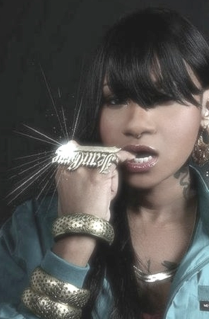 more about jean graejean grae on twitterget cookies and comas

the hip-hop game is upside-down. rave djs produce alt-rap mashups and spin them for straight-edge teens in shanghai. rich kids bump it at the mall while drinking vegan smoothies. the grit and slice of street life has been traded in for t-shirt lines and multiple maybachs. and everywhere, the crushing effect of corporate influence can be felt. while there may be plenty of love left for hip-hop, it’s getting harder to find something to love.

but if there is anyone straining to pull it back to its underground edge, to both meet and explode rap expectations, it is jean grae. named after a member of the x-men who died heroically and rose from ash, fully steeped in both street knowledge and nerd lore, jean is a walking contradiction. both gritty and intellectual, rage-driven and kind, personal and topical, deadly serious and insanely hilarious — at times possibly even jean can’t define exactly where her niche lies.

and maybe that’s the point. at a time when music is neatly categorized, predigested and fed back to fans in easy-to-swallow pop slices, jean is working the edges to defy expectations, both others’ and her own. the result is dazzling, confounding, foundation-rocking and devastatingly unique.

plus jean gets wasted on a stereotype and still puts on a show, and aisha starts a new drinking game.

girl on guy. you need to drink this one to the head.