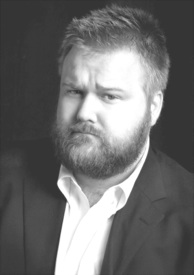 there are a lot of royalty in the nerd world. intergalactic warriors. elven kings. cloak-wearing magi. chris hardwick. but if there is one single nerd king inhabiting this lowly realm who has seemingly overnight ascended to the iron throne of nerd primacy, it is robert kirkman.a kid who grew up in a small town in rural kentucky and went on to build an ambitious and sprawling creative business, robert turned his love of comic books into a prolific and vaunted career. fiercely devoted to original ideas and self-startership, he created book after book and character after character, failing and succeeding in turn, but never abandoning his own dreams or his singular and personal vision, and the result is a burgeoning media empire, built entirely on his own terms.

let’s face it: no one thought a show about the zombie apocalypse would ever work on television. but now, almost a decade after kirkman wrote walking dead #1, the walking dead television series is a massive, instant phenomenon, and both nerds and non-nerds everywhere are riveted.

robert kirkman is an overnight sensation, yes. and it took him years of hard work and focus to get there. you don’t become the creator of a hugely successful television franchise without breaking a few eggs. or in kirkman’s case, several thousand zombie skulls.

join robert and aisha for a sprawling rant about limb amputation, zombie rules, corpse camouflage, post-apocalyptic amorality and why everyone in the walking dead is batshit crazy. plus we unpack the kirkman manifesto, robert tries to buy a date, and aisha fangirls herself into an absolute tizzy.

girl on guy. you gotta shoot ‘em in the head.