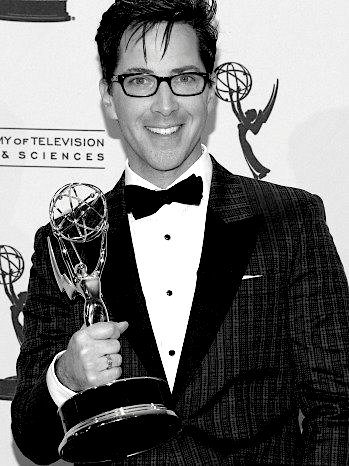 dan bucatinsky is having a moment.

it may feel like an overnight moment, like a just been discovered moment, like a where’d this guy come from and aren’t we so smart for finding him kind of moment.

but this moment has been a long time coming.

dan has been doing brilliant, surprising, delightful work for a long time, not just as an actor, but as a television writer, producer, author and director. he should be a household name already. but sometimes it takes the right project, the right fit, the right alignment of planets, to give an artist a chance to show the world what they can do.

the role of james novak, on scandal, has been that role. first it gave the world a taste of what a smart, bold, fearless actor dan was.

and then it got him an emmy.

dan’s been doing killer work for quite a long time now. and finally, he’s getting the recognition he deserves.

join scandal’s dan bucatinsky and aisha as they debate being post racial, television humjobs, not apologizing for torture, obeying the animal mind, the management of fear, marital murder threats, giving yourself permission to be creative, having to come out repeatedly and web therapy. plus dan and aisha reminisce about their good old days, and dan’s kid makes him black out.

girl on guy is a gladiator.