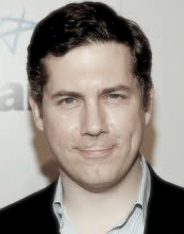 chris parnell seems almost too nice for hollywood. earnest, hardworking, polite, restrained, not a dick — these are not qualities that normally accompany the weapons grade hilarity chris brings to his work.

but from ascending to manager at a television station while still in high school (impressive) to nabbing a plum job at fao schwarz immediately upon moving to LA (dazzling) chris has been singularly focused on entertaining others while holding onto his soul. and with massive success on everything from saturday night live to 30 rock to anchorman to walk hard to his hugely popular viral video hit lazy sunday — and, of course, archer — it might seem his comedic ascent’s been a cakewalk. but there have been bumps along the way, oh, yes. underneath that calm exterior lies the darkly barbed soul of a rebel. a neck-punching, teeth-baring, bar-fighting rebel.

alright, chris may be too polite to punch anyone in the neck, but he has his demons, and he’s not afraid to share them. his gripping fear of earthquakes. his deep knowledge of country gold radio. his utter refusal to throw dirt on former colleagues. chris is a dark and tortured soul. or maybe chris is exactly the smart, charming, drily hilarious, self-deprecating guy he seems to be.

join aisha and chris as they chop up the dog-eat-dog atmosphere of country radio, the cutthroat tempo of children’s retail, the bloodsport arena that is the groundlings, and the not-so-viper-pit of saturday night live.

plus the tracy morgan kerfuffle, and aisha regrets using the word kerfuffle.