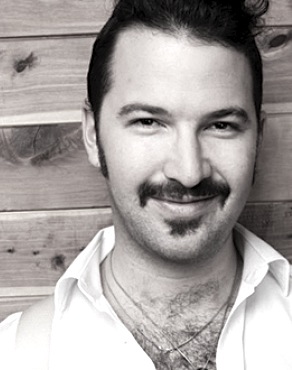 it’s not the easiest job in the world — long hours, deafening music, surly patrons — but honestly, it doesn’t suck. sam ross is a bartender at one of the most exclusive bars in the country, milk and honey, a place almost as hard to find as it is to get into, a haven for cocktail enthusiasts, where spirits are handled with care, drink fundamentals are revered, and no one has ever opened a bottle of sour mix or served anything lite, premixed, or blue.

milk and honey is a part of a rarified club of bespoke cocktail houses: pegu club, death & company, painkiller new york, pdt – that are remaking the way americans drink. and sam ross is at the forefront of that movement. he wants us all to drink better, and having created the cocktail programs at several prominent american restaurants, he is making it so. with two new establishments bearing his amaro-stained handprint — hinoki and the bird in los angeles, and his own drinking establishment, attaboy, on the verge of opening in new york — sam is a very special kind of superhero — someone who makes others happy in a wonderful and specific way, by crafting bespoke cocktails, perfectly made and served with passion.

girl on guy needs to harden the fuck up.