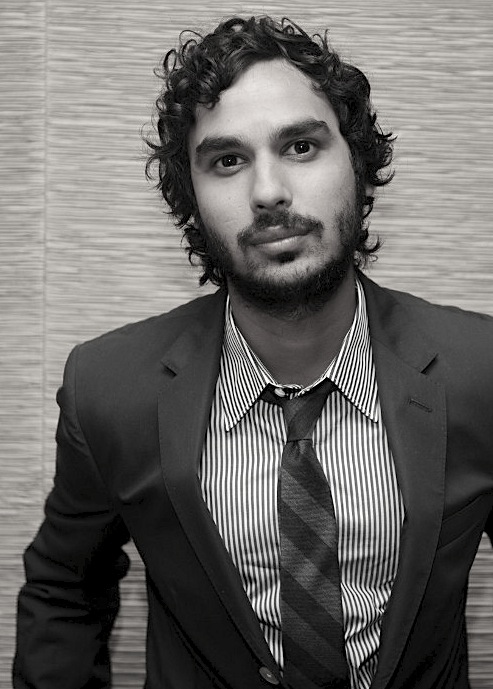 like the character he plays on tv, kunal nayyar is a nice guy.

smart. polite. industrious. well-dressed. enjoys musical theater. more than willing to put in the long years of grueling training and hard work needed to succeed in the entertainment business.

luckily for kunal, he didn’t have to. kunal’s first network audition was a pilot for a show called the big bang theory. needless to say, he got the job. soon after that he bought a european sportscar, rented a modern loft with no doors on the bathrooms, married a brilliant, gorgeous and utterly delightful former miss india, and is now is a member of the cast of the number one comedy on television. his life is insanely awesome, and pretty much nothing like the character he plays on tv.

you’d think that might make him a dick. but kunal is thoughtful. reflective. honest. no bullshit. sharp tongued. a beer aficionado. loves nineties rap and rap-related puns. and unlike his television character, kunal doesn’t need a beer to help him open up to a girl.

although it doesn’t hurt.

join big bang theory’s kunal nayyar and aisha as they crack a beer and solve for bieber lesbians, hip hop preachers, monsoon weddings, space travel, mystery boners, turning into that guy, and why TMZ is racist. plus aisha is curiously curious about indian stuff, and kunal tries to class up the podcast, then discovers this is an exercise in utter futility.

girl on guy is a tempest in a teacup.