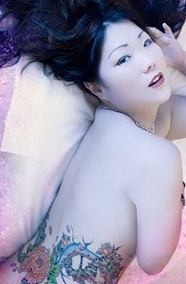 margaret cho is a warrior.

a comedian who started making people laugh before she was old enough to patronize the clubs she performed in, margaret has challenged cultural norms while making people laugh for more than two decades. along the way she has eviscerated stereotypes: about what it means to be female, to be asian, to be straight, even a comedian. from producing her own films to recording musical albums to designing clothes, margaret drives herself constantly to create, to be new, to never rest on early laurels, positive or otherwise.

margaret’s comedy is bone-baringly, often shockingly, honest. she talks about everything from her eating disorder developed while filming her ill-fated sitcom to her subsequent depression and substance abuse, her unabashed sexual curiosity, her support for the gay community and unwillingness to compromise or hide even the most intimate of personal secrets from the world. razor-blade sharp, unapologetically political, unrelentingly raunchy and explosively funny, margaret is always pushing, not just the audience, but herself, into often challenging and even frightening territory, in her quest not just for laughs, but for the truth.

people may call her raucous, filthy, indelicate, outrageous. an agitator. a firebrand. a hellion.

but the one thing people cannot call margaret is a coward.

join fearless comedian margaret cho and aisha as they tear through sh*tty british audiences, performance inadequacy, drunken club employees, comedy nerdery, the icy fist of fear, the creative fuel of self-destruction, motorcycle love, and excrement emergencies. plus, margaret is a chubby chaser, and aisha insults the dorsally challenged. girl on guy. back away slowly.