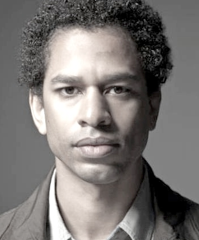 it would be a coy understatement to say that touré is a controversial writer. he’s been excoriated in social media, screamed at by political talking heads, dismissed by intellectual hardliners and vilified by pop-culture mavens. to some he’s too political, too strident, too incendiary, too black. to others, he’s a crossover hotshot, a mainstream conformist, not a team player, an uncle tom, not black enough.

all of these people are wrong.

and maybe none of them are. touré is a complex and evolving contradiction. a prep school scholar who dropped out of college. a hip-hop critic who rhapsodizes about radiohead. a black socio-culturalist who argues against black culture as monolith. a manhattan intellectual who skydived, wrestled a snake, and worked briefly as a rodeo clown. touré is everything you expect, and not at all who you think.

in his new book, “who’s afraid of post-blackness,” touré argues against the idea that there’s only one way to be black. and through interviews and personal experiences, he illustrates vividly what many of us have been saying all along — that there are as many ways to be black as there are black people in this country, and that as a culture, they are very far from in lockstep.

touré will infuriate you. he will delight you. he will enrage you. he will surprise you. if you think you know what it means to be black in america now, those tropes are about to be shattered.

and if you ever wanted to know what frasier and niles crane might sound like if they were black (and one of them was a woman) well buddy, your prayers are about to be answered in full.

girl on guy. welcome to the blerd nation.