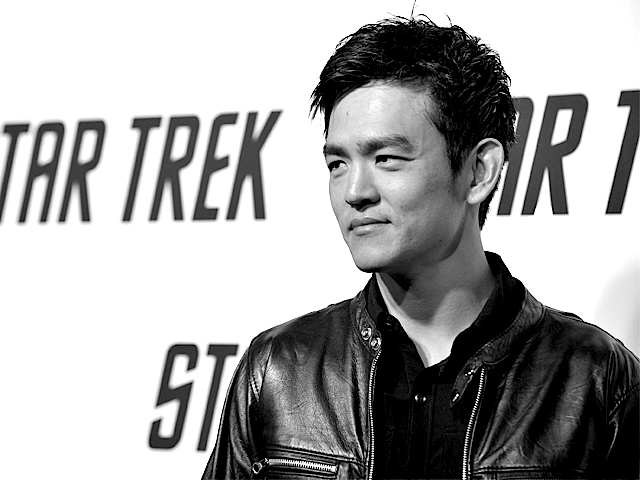 john cho is hilarious, but that doesn’t mean he can’t be contemplative. despite being a blunt-smoking, cheetah-riding, intergalactic badass on the big screen, in real life john is a dad, and being a father has made him thoughtful and introspective.

being one of just a handful of prominent asian actors can be both elating and isolating. trying to find a balance between making personal creative choices and somehow representing your entire ethnic group can be a big fat pain in the ass.

if anyone can find that balance, it’s john, who navigates the space between blockbuster comedian and tentpole action hero effortlessly. but that doesn’t mean it comes without question or compromise. he may look cool on the outside, but on the inside, john, like the rest of us, is figuring it out as he goes along.

which makes him both incredibly human and wonderfully awesome all at the same time.

join john cho and aisha as they warp drive through killing chickens, being hugged by strangers, difficult furniture, being super asian, choosing when you have no choice, getting trek, surviving your midlife crisis, and figuring out your parents. plus john gets a body part frozen to a metal pole, which we both take very, very seriously.

girl on guy is trying not to be a jazzhole.