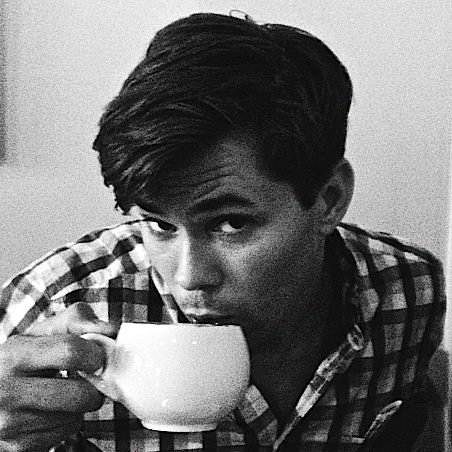 andrew rannells is a great storyteller.

though somehow it feels like he shouldn’t be. he’s too sweet. too genuine. too, well, midwestern.

but despite his wholesome ruddy-faced omaha roots, andrew spits hot fire. he’s acerbic, quick-witted, dryly sarcastic, and unflinchingly barbed. and he’s never more dry or barbed than when he’s talking about himself.

andrew’s story is like many others: loved theater as a child, moved  from nebraska to new york city to study theater, dropped out of college to become a star. but unlike other stories, this one doesn’t end with andrew smoking hand rolled cigarettes under a bridge. it ends (well, begins, actually) with andrew being cast in one of the biggest broadway blockbusters of all time — a juggernaut of a production in which he was one of the original cast — the book of mormon.

and that is the story of how a sweet churchgoing guy from the midwest, who dreamed of being a performer, moved to new york, got his big break, and stood on stage every night singing some of the filthiest lyrics ever written into the faces of delighted theatergoers, with a huge shit-eating grin on his face, and an even huger shit-eating grin in his heart.

andrew rannells helped make book of mormon the musical juggernaut it is today. maybe someone needs to write a book about him.

join andrew rannells of girls and book of mormon and aisha as they dance through an omaha childhood, halfhearted catholicism, shaky confessions, bombing at the apollo, being the cut, bullshit hollywood meetings and the seductive power of jake ryan. plus andrew does one of the creepiest things ever, and no one can really blame him.

girl on guy wants to run its fingers through your hair.