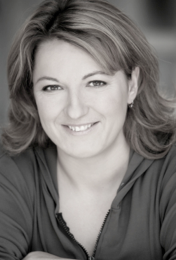 jackie kashian barely escaped childhood with her life.at least, that’s how she tells it. and she tells it hilariously. the “youngest of six children, and raised by wolves… that meant well and did their best,” jackie has used her feral, lupine childhood experiences to fuel a career as a nationally touring comedian, hilarious writer, and prolific podcaster. she enjoys the broad respect and envy of her peers, saw her comedy album “it’s never going to be bread,” rise to one of last year’s top ten on amazon, and has managed to stay about as cool and approachable as any salty, road-hardened comedian possibly can. which is to say, she is hilarious, awesome to be around, and tells killer road stories.

jackie’s long-running highly-rated podcast the dork forest welcomes guests of all stripes to unleash their inner dork. it was one of aisha’s first stops this summer (check out tdf ep 48). now jackie returns the favor.

try to keep up as jackie and aisha rant breakneck about enraging sam kinison, why female hecklers are the worst kind, drunken road sex, and why the only safe bed in a comedy condo is the floor.

plus, random, unprovoked violence with beer, and whom not to call when you’ve lost all your money.

it’s the inaugural girl on girl episode of girl on guy. try not to touch yourself.