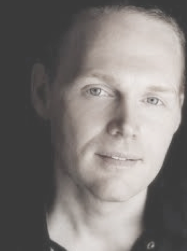 bill burr is that smartass guy from chappelle’s show. bill’s podcast is one of the longest-running on iTunes. bill’s getting ready to shoot his third one-hour comedy special. bill is about to play carnegie-freaking-hall.

bill is one of the funniest motherf*ckers around. period.

bill and aisha met fifteen years ago when they both worked out in the same comedy clubs in los angeles. then their paths diverged wildly — bill returning to new york to become a regular on chappelle and the opie and anthony radio show, along with voice work in grand theft auto, multiple appearances on letterman and conan, and a growing string of half-hour and one-hour comedy specials. along the way, he garnered the unwavering respect of comedians and the comedy industry at large… and those f*ckers don’t respect anybody.

aisha and bill have stayed good friends. and like all good friends, the minute they sit down together, they immediately start giving each other a huge, unvarnished, truckload of shit.

join bill and aisha as they jaw about shooting guns, the slow creep of road alcoholism, how race influences comedy, and why talking to pets is the last refuge of the wasted.

plus bill tells aisha she looks like crap, sprains his finger, and nearly kills himself.

sit back. we are gonna hug this shit out.