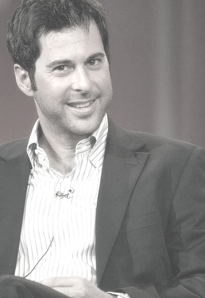 when you say the name jonathan silverman, invariably, people say they know who he is.

but if you ask them where they know him from, they can’t always narrow it down. a brat pack rom-com? some murky bret easton ellis adaptation? a sparkly 90s sitcom? do it now. try to figure it out. truthfully, people have a hard time pinpointing exactly what jonathan’s been in.

that’s because he’s been in everything.

from his broadway debut while he was still in high school, to his feature film bow in the adaptation of neil simon’s brighton beach memoirs, to countless television comedies, dramas, and every kind of iteration between, jonathan works. the minute he dashed his parents’ dream of following in his rabbi father’s footsteps into dust, he poured himself into acting, and built a career for himself varied, diverse, and, occasionally, quite surprising.

jonathan’s been making television and films for over two decades, which is longer than most can claim. and now, having just directed his first feature, he’s embarking on a third.

you rack your brain, and finally blurt out you remember jon from the seminal 90s film weekend at bernie’s.

well, you’d be right. but that’s far from the whole story.

join misunderstood nice guy jonathan silverman and aisha as they stumble through going to beverly hills high, ministering to jack ruby, being a work slut, nbc’s sirloin days, the groin-knotting terror of fronting a sitcom, the joys of dirty jokes, and taking a dump in the batcave.

plus jon runs into the boss, and it is not pretty.

girl on guy was born to run.