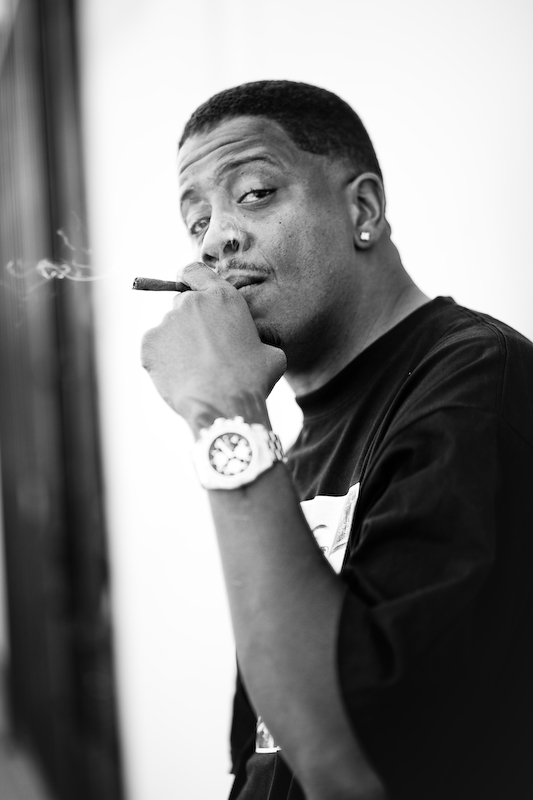 he holds the unique advantage of being a part of not one, but two seminal hip-hop groups that burst onto the scene in los angeles in the late 90s: ozomatli, a delirium-making mashup of latin influenced hip-hop and rock and roll, and jurassic 5, a unified team of mcs joined by two extraordinary djs who spit rhymes in perfect unison, creating hip-hop’s very own verbal version of a wall of sound. he moved between the two seamlessly, doing all he could, whenever he could. making as much art as possible.

perhaps the key to chali’s prolificness is his origin story: a chaotic childhood surrounded by fear and madness, a narrow escape to the streets of los angeles, and a second rebirth in the crucible of art that is hollywood. chali has always been a hustler, an observer, a jack of all trades, doing all he can — by his very own account,  a painter who also happens to rap. that life has brought him extraordinary satisfaction and extraordinary pain, including a near death experience that unfolded while he was fast asleep.

chali has seen a lot, but one thing he never lost sight of is the truth. and now that J5 is reunited and touring again, that truth is even more evident: art saved his life once before, and it will save it again.

join mc chali 2na of jurassic 5 and aisha as they dig through escaping madness, the refuge of comic books, early birds and their worms, painting outside the lines, meeting hollywood royalty, the sting of brutal honesty, curating your audience, the half-life of a band, playing punk audiences, and getting on magazine covers. plus hip hop saves chali’s life, and hip hop almost ends it.